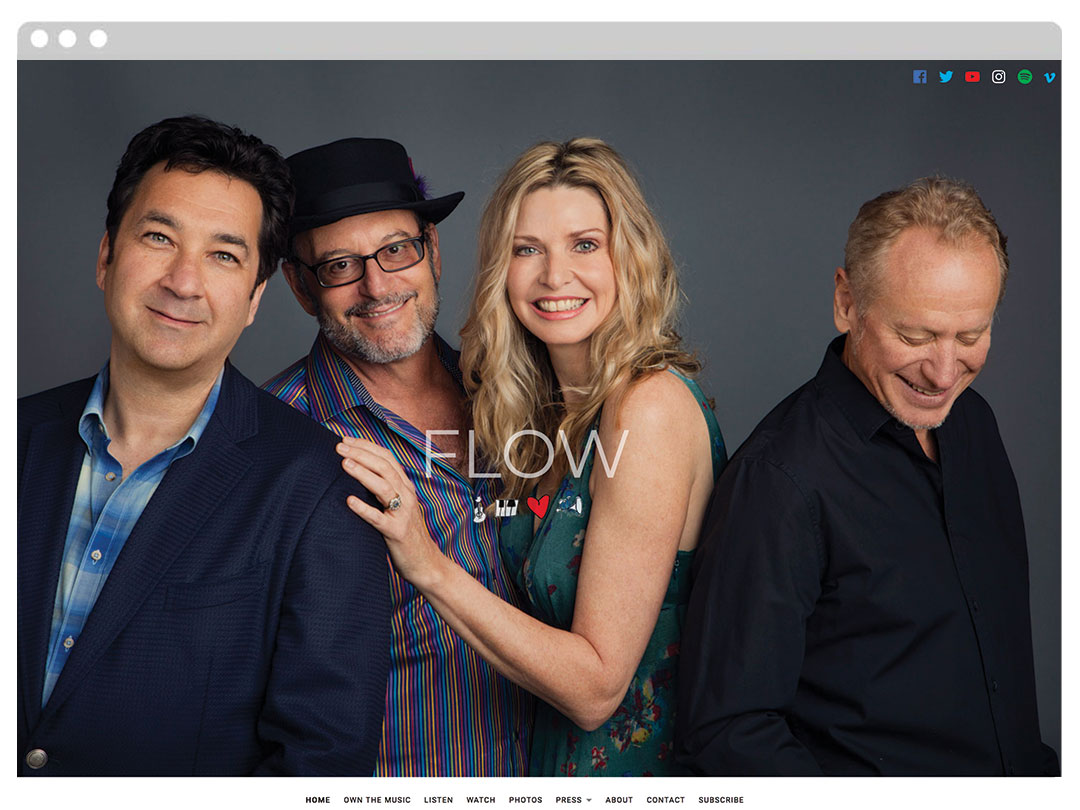 FLOW is a New Age music group made up of Will Ackerman, Fiona Joy, Lawrence Blatt and Jeff Oster. The group’s debut album earned top marks from the likes of Billboard Magazine and the Huffington Post. Creative80 created a brand new website in October of 2017 prior to the release of FLOW and the release party in at Carnegie Hall in New York City.